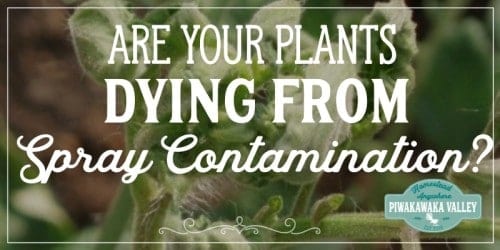 Aminopyralid contamination of manure and compost is wreaking havoc in backyard gardens across the globe. Tomatoes that have been contaminated will look thin and spindly, like they have been hit with spray drift, even in a tunnel house.

This is the second year running where my tomato plants have not grown well. The issue is, I know it is only the patches in the tunnel house where I put the bedding and manure from the goat shed. The rest of the plants grew beautifully.

Please read: This information is provided for educational purposes only and is not intended to treat, diagnose or prevent any disease. We encourage you to make your own health care decisions in partnership with a qualified health care professional.

This post contains affiliate links, this means at no extra cost to you, we make a commission from sales. Please read our Disclosure Statement

In the goat manure the tomatoes grew very slowly, and what did grow was spindly and the leaves were small, curled and poorly formed. 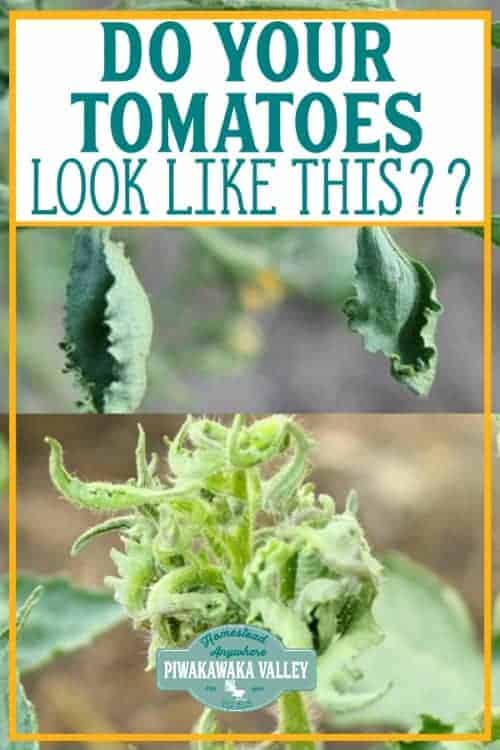 Is the animal manure killing my plants?

I looked in to this issue extensively and the closest I could find was images of spray drift on tomatoes, these looks so similar to what was going on and I would accept it if my tomatoes were outside.

But they were in an enclosed tunnel house – there is no way that my tomato plants were affected by spray drift. And why were the only affected plants in the goat manure patches?

This is when the issue started appearing in gardening forums as well. We managed to isolate it to manure and bedding from animals that were eating hay.

Eventually it has come to light that there is a new type of broadleaf spray that has been around since 2005, but it is growing in popularity fast.

This is sprayed on hay paddocks to kill off things like thistle and gorse as well as other broadleaf plants.

Picloram, Clopyralid or Aminopyralid are the suspects

It turns out that residues of these herbicides Picloram, Clopyralid or Aminopyralid create plant killer manure and compost.

Tiny concentrations of picloram, clopyralid and aminopyralid, as low as 1 ppb (parts per billion), can be lethal to sensitive garden plants such as peas, beans, lettuce, spinach, tomatoes and potatoes.

Most pesticides, including herbicides, break down quickly in the composting process with something like glyphosate breaking down within days in the soil. Picloram, Clopyralid and Aminopyralid do not.

The only way to handle this potential threat is to keep materials contaminated with picloram, clopyralid and aminopyralid out of your garden in the first place. Which is harder said than done!

Plants will be much smaller than expected and really fail to thrive. It is not recommended that you eat these affected plants.

These are photos of affected tomato plant leaves 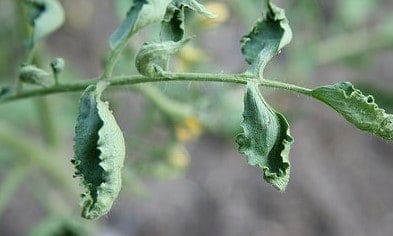 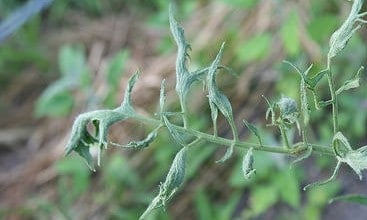 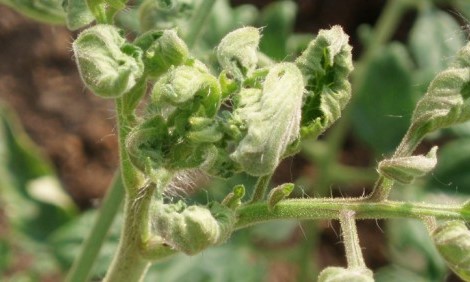 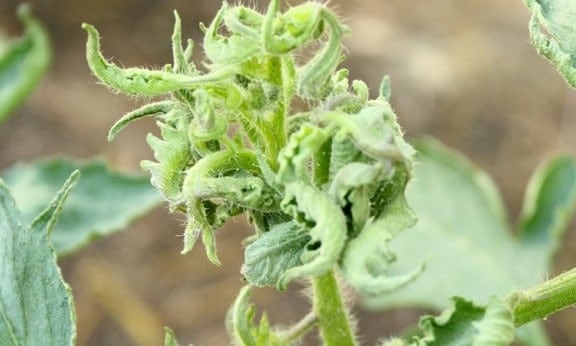 This video from Charles Dowding demonstrates the problem in broad beans well:

Other causes of weak, spindly growth and curled leaves in tomato plants

There is a selection of other diseases that might be causing leaf problems in your tomatoes, and you may have spindly plants due to a lack of light, poor feeding, overcrowding or a lack of nitrogen.

However, if you have ruled these out and you have been using animal manure, hay or straw in your garden, you should look in to whether you have Picloram, Clopyralid or Aminopyralid contamination.

Gardeners up and down the USA, UK, Australia and New Zealand have been reporting that many of their plants have been failing, producing curled-up leaves, distorted and stunted growth,  mal-formed vegetables or simply no crop at all.

The worst affected plants are:

Brassicas and grains/corn/grass are unaffected.

Aminopyralid, Picloram and Clopyralid are attractive to farmers because they kills a number of persistent weeds in pasture, such as dock, thistles and nettles, and because it persists on plants it requires fewer-than-usual applications.

Common free sources of manure, such as horse stables or dairy farms, regularly use straw and hay which are usually bought-in from farmers who may be using this herbicide.

It’s often difficult to trace who supplied the straw that stables use and people have even reported this problem in manure from cattle who have eaten hay or silage from grass treated with aminopyralid 12 months previously.

Bought manure or compost is not safe either

There are many reports of tainted bought compost (yes, even some labeled organic!) and bagged animal manures sold at big box stores and garden centers.

It really seems like we are playing a game of Russian roulette with whether or not the manure or mulch will or won’t be contaminated by these herbicides.

When you’re talking to a farmer supplying hay, straw or manure asking about the chemical names picloram, clopyralid and aminopyralid is probably not enough, as they will probably know the trade name rather than the chemical name.

These herbicides are sold under the following trade names.

These may also be sprayed on the paddocks of the grains you are feeding your chickens, goats and rabbits.

If the farmer uses any of these sprays, you do not want their hay or manure on your garden!

What can you do if your garden is affected by tainted manure or mulch?

Unfortunately there is no guaranteed solution that exist.  The official statement on Dow AgroScience’s site says ‘we suggest damaged produce… should not be consumed’ and it recommends that the area is thoroughly rotovated or dug over  several times to help the chemicals to degrade by exposure to the sunlight, with remaining manure not being used in the garden.

Other sources suggest that it’s going to take 3 years before crops will be unaffected, however much of this is speculative. In saying that, one gardening group I am in, a lady said this killed her garden for a full 7 years.

The best option is to pull out all the affected soil and put it somewhere away from your vegetable garden area. Given time and sun exposure the Aminopyralid will slowly break down.

You will have to replace the tainted soil with fresh new soil.

If you paid for compost and found it was tainted, it is worth getting it officially tested, and go back to the store/producer and ask for a refund. They should not be selling contaminated compost or manure. They will probably have to work their way up their supply chain to find out where the contamination is happening.

How safe is Aminopyralid?

Since aminopyralid is a relatively new herbicide, little independent information is available in the published literature on the toxicity of aminopyralid to humans or other mammalian species. Aminopyralid has been classified as “not likely” to be carcinogenic to humans (2). That doesn’t make me feel any better about it.

Aminopyralid is a “plant growth regulator that possesses auxin-like qualities that can turn on and off vital plant processes.

Once absorbed, aminopyralid moves systemically throughout the plant and deregulates plant growth metabolic pathways, affecting the growth process of the plant, through uneven cell division and growth.

Aminopyralid binds at receptor sites normally used by the plant’s natural growth hormones, resulting in
the death of susceptible plant species. The herbicide is rapidly absorbed by the leaves and roots.” (3)

I don’t think we want that in our garden or our food!

How to test manure, compost or soil you think might be contaminated

If your test post have any of these symptoms, it would be best not to use this material in your garden, you will need to find a better source of material.

The best defense is having a good relationship with the people who supply your manure, hay, straw or grain with clear communication about your concerns. Getting a written agreement that they are grown without herbicides is an important precaution and alerts your grower to the high level of vigilance you are looking for.

It is sad that destroying a farm’s or homestead’s economic future for many years is as simple as having “bought hay at auction, fed it to my horses, and put the manure in my hoop houses.”

You must be absolutely sure of what you are obtaining as a vegetable grower of any scale. The chemical companies deny any and all responsibility for damage caused by contamination from their herbicide as they cover their bottoms well with all the writing on the bottles.

Only you can protect your growing spaces, be aware and be vigilant, and if in doubt, don’t use it without trialing a small amount first. 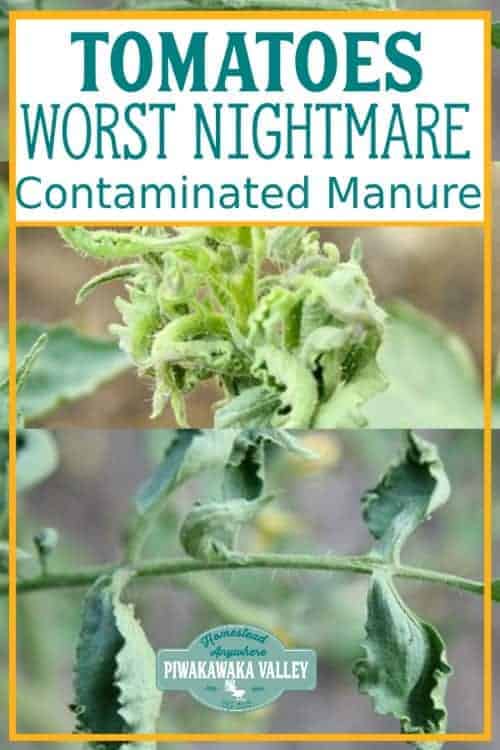 Do you need more delicious goodness fresh from the farm?

Sign up for our weekly Fresh From the Farm Newsletter

All goodness, no spam. 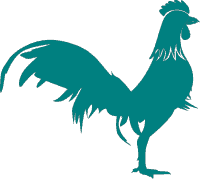 You have Successfully Subscribed!

And don’t worry, we hate spam too! You can unsubscribe at anytime.

1 thought on “Tomatoes with aminopyralid contamination: Thin and spindly plants with curled leaves” 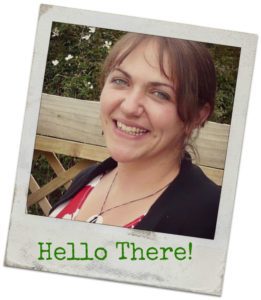 Hello and welcome, I’m Dana.
I want to help you make your self-sufficient dreams a reality.
Find out more about us here. Please remember to follow us and join our newsletter! 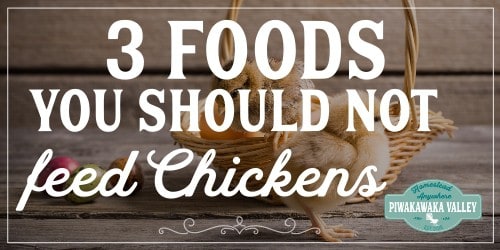 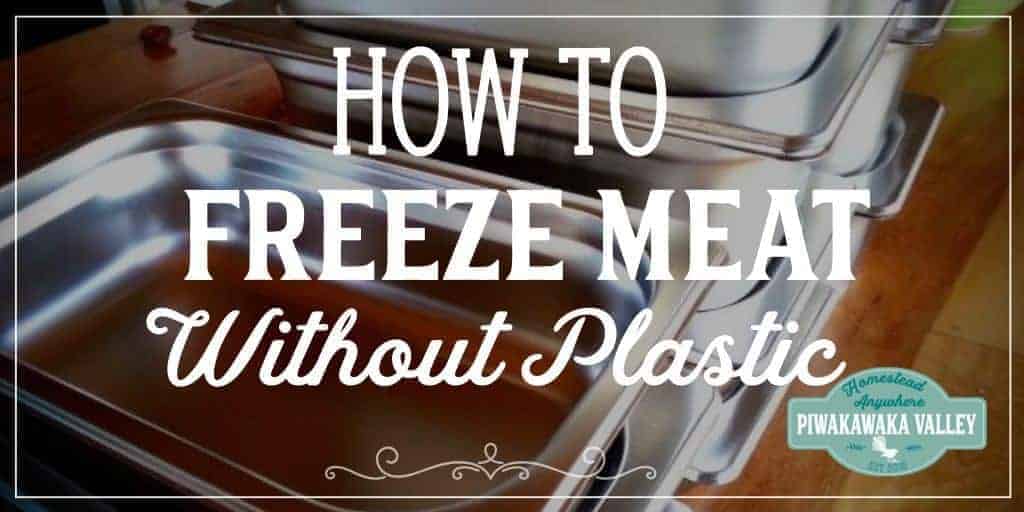 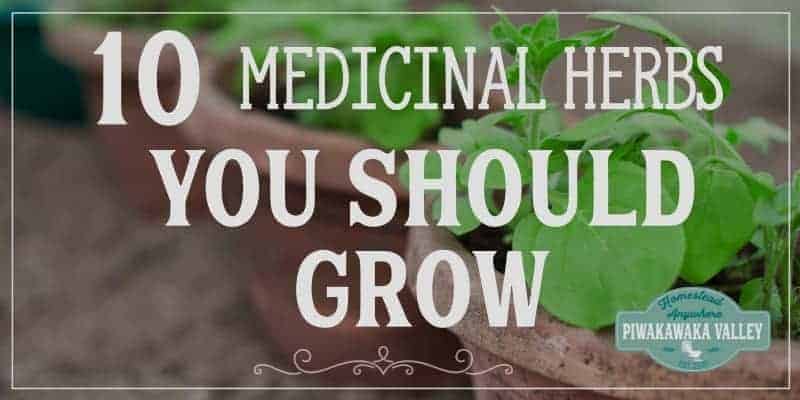 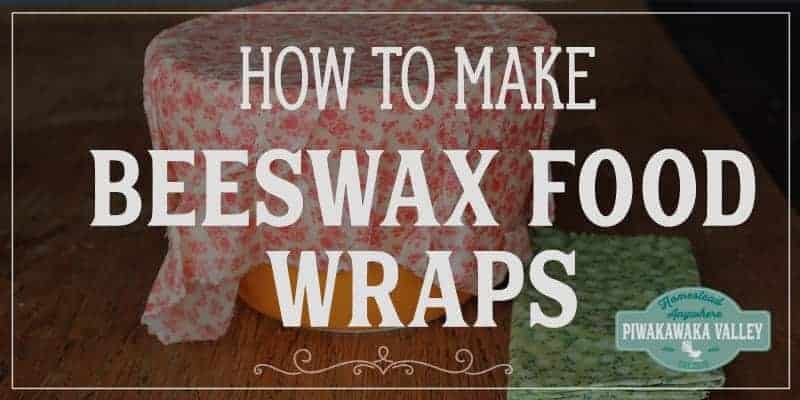 Affiliate Disclosure
Piwakawaka Valley is a participant in the Amazon Services LLC Associates Program, an affiliate advertising program designed to provide a means for sites to earn advertising fees by advertising and linking to amazon.com. 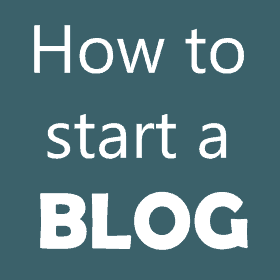 Scroll back to top
124shares